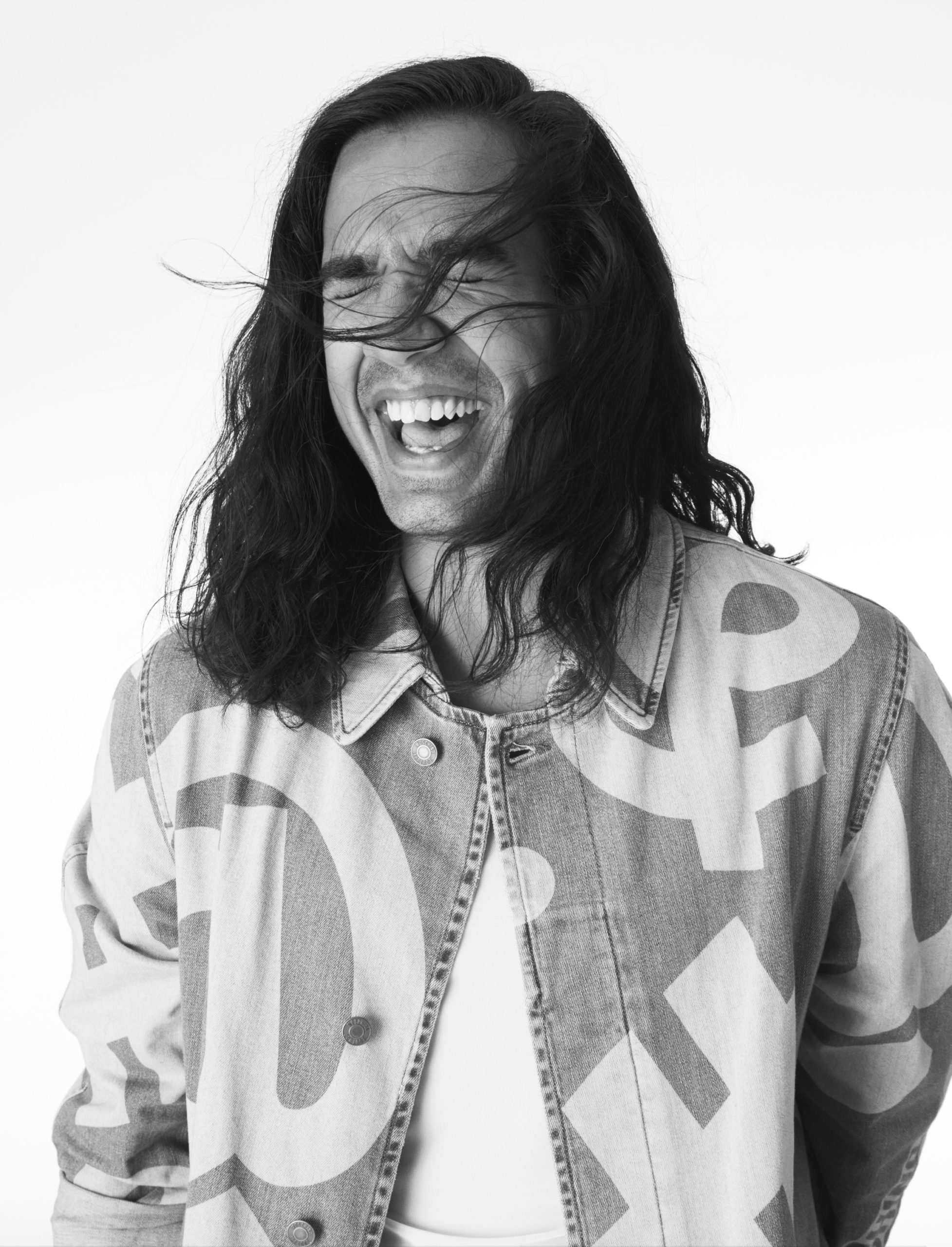 “…if we are going to make a change, and by god, change is needed, it’s got to be together. You can’t do it on your own, there is strength in numbers. It’s not about raising an army, it’s about building a community in which everyone feels loved, represented, seen, heard, and where you feel like you can make a change.”

Stepping into screen acting with a bang, Nathaniel Curtis is providing others with the representation that he wished he’d seen growing up. Having trained at London’s East 15 drama school, Curtis has received an Offie nomination for playing Romeo in Romeo and Juliet and played Ferdinand in The Tempest on a UK theatre tour. But it was his beautifully portrayed role as Ash Mukherjee on It’s A Sin – a drama by Russell T Davies about five friends loving and living during the 1980s AIDS crisis – that captured the public’s hearts.

Through playing Ash, Curtis provided a positive and realistic portrayal of a gay Indian man and hopes to shift the often stereotypical representation of Indian men as only doctors, lawyers, and engineers. “I was able to show that Indian men can be sexy,” he told the Queer Review.