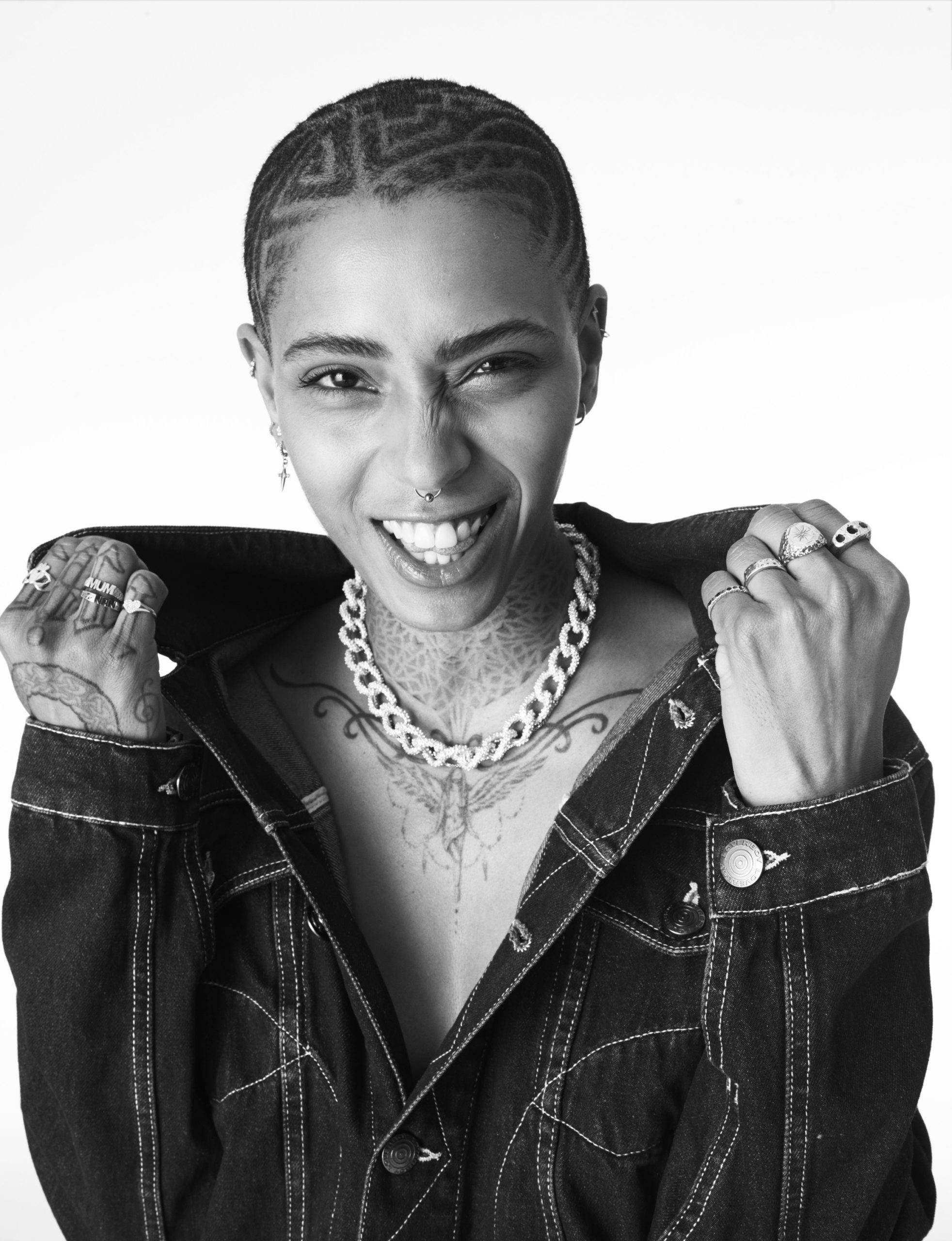 “I was growing up and saw someone like me, I think I would’ve found myself a lot sooner than I did.”

Birmingham-born rapper RoxXxan is challenging society’s perceptions of beauty while carving out space for women in the music industry. Breaking through as a grime artist with a record label – and picked as BBC Radio 1Xtra’s Hot 20 in 2012 – she’s now making a mark on the UK music scene on her own terms, keen not to rely on men during her career. RoxXxane advocates for representation for masculine women through her modelling work, with her Twitter bio proudly proclaiming, “I’m a REAL model NOT a role model!!!” Growing up with Caribbean-Catholic parents, she felt immense pressure to be feminine. Now, RoxXxane hopes to create space for tomboys – for masculine women who wear make-up or other things perceived as ‘feminine’ – telling i that she wants to “challenge the idea that if you’re not Kim K, you’re not beautiful.” She recently featured on the cover of Hunger Magazine’s Community issue, where she spoke about LGBTQA+ acceptance in the music industry.