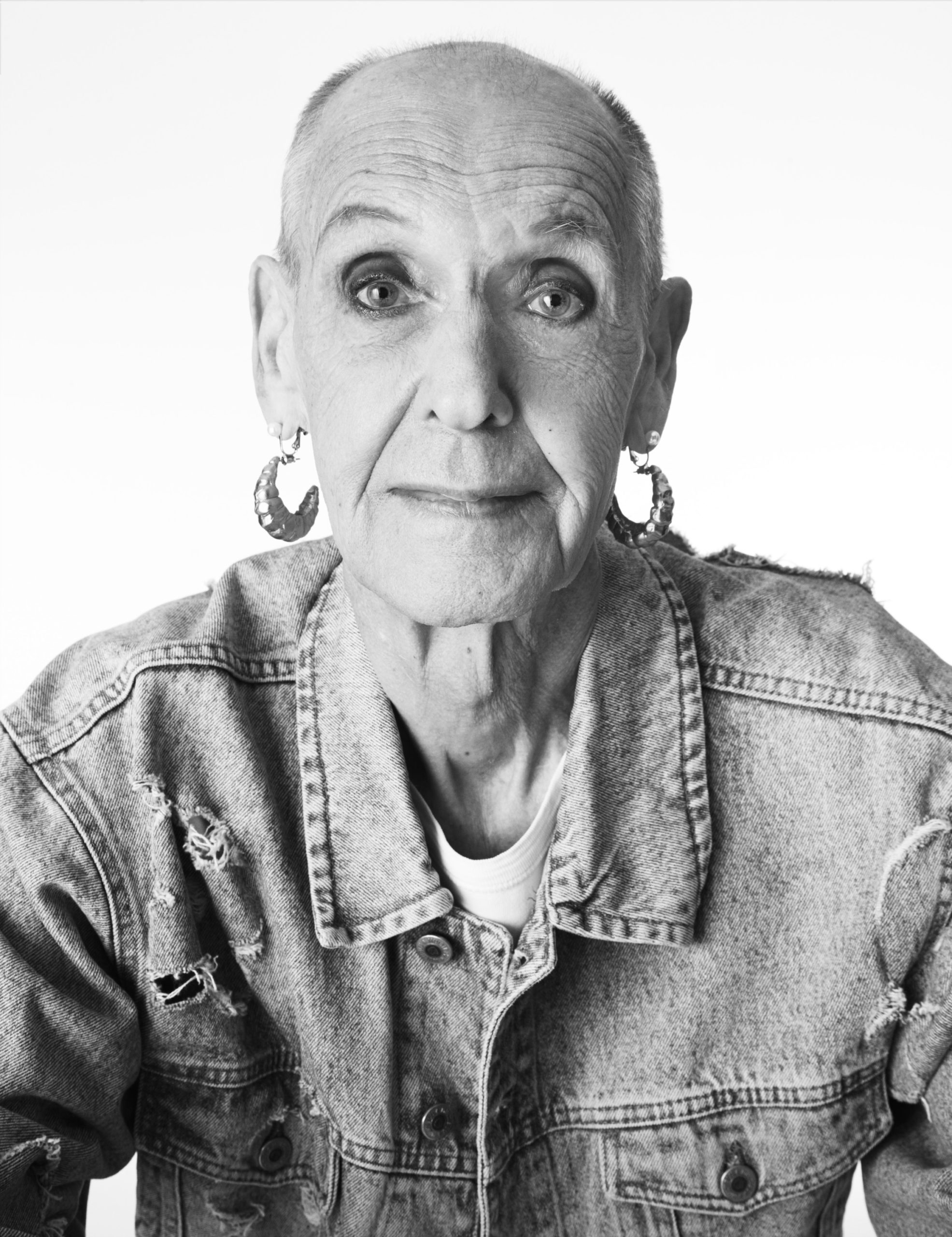 “I think where we are underrepresented at the moment, in fact we are not visible at all, is in care homes. One of my colleagues’ lover has had to be put into a care home and has been attacked by care workers on a number of occasions.”

Stuart Feather is an artist and LGBTQ+ campaigner, advocating for queer rights along with the Gay Liberation Front (GLF) since the 1970s and painting the male nude. He encountered GLF within its first month of meetings and attending the first ever GLF demonstration at Highbury Fields on 27 November 1970. While participating in GLF Street Theatre in 1971, Feather was arrested while dressed as Christian evangelist Mary Whitehouse at one of GLF’s infamous actions against the fundamentalist Festival of Light.

With a focus on queer community and creative spaces, Feather founded the award-winning gender-bending gay theatre group ‘The Blue Lips’ in 1977 along with Bette Bourne. In 2015, he also published Blowing the Lid: Gay Liberation, Sexual Revolution and Radical Queens, which is an account of GLF’s organising in the 1970s. Now, he’s a member of The Sexual Avengers, who campaign for an intersectional queerer future, organising protests where LGBTQ+ people stand in solidarity with causes like anti-racism or NHS cuts.

“One of the important things to say about the Gay Liberation Front is that it was never a formally structured group. It was spontaneous, it was anarchic, and it worked on what the activists in it wanted to do.”

Following a tumultuous childhood in New York, Jamaica, Canada, and then the UK, Ted Brown was inspired by reports of the Stonewall uprising in 1969 – at a time when he still knew no one who was openly gay – to set into motion a lifelong career of trailblazing LGBTQ+ activism. In 1971, Brown walked through central London alongside the Gay Liberation Front (GLF) at the UK’s very first Gay Pride and stopped at Trafalgar Square for a kiss. Along with 2,000 other people, he made history as the crowd demanded liberation for all LGBTQ+ individuals.

Following his early years in the GLF, Brown also led the Black section of Galop, the Gay London Police Monitoring Group (set up in June 1982 to address homophobic policing) and worked for Lewisham Action on Policing (established following the New Cross fire in 1981). Through his avid advocacy, he has fought against the UK’s bigoted media and secured more positive representation for LGBTQ+ people. Now, he is focussing his attentions on tackling the hostile environment for trans people and calling out the corporate focus of Pride in London, which continues to have police presence – something Brown believes erases the gay community’s historical and ongoing experiences with police brutality.