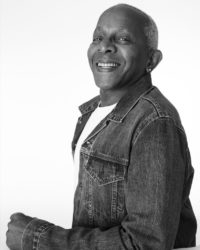 Q: What do you see as the greatest barrier to the national/international representation and visibility of LGBTQIA+ people?

Ted Brown: Centuries of prejudice, mostly based on religion.

Q: What’s the importance of chosen family and community in bringing about political and societal change?

Ted Brown: They are people you have chosen to be your family, which means that you have some sympathy and understanding between you. So, therefore, you can be facing the same direction when campaigning for justice, human rights, and love.

Ted Brown: One of the important things to say about the Gay Liberation Front is that it was never a formally structured group. It was spontaneous, it was anarchic, and it worked on what the activists in it wanted to do. We didn’t work top down, we were a genuine grassroots organisation that worked with itself, for itself, and for others. But we never had a membership because those are very limiting, and they don’t allow people to do what they really want to do. And I think this was one of our greatest strengths. People don’t realise that now. I’ve had people talk to me about GLF and ask, “can I be a member?” and “what was your membership?” and “who was the Director?” But we rejected all that, and that’s why we worked. Because we were a real grassroots organisation.

Q: What was your most memorable rally from your earlier days of organising?

Ted Brown: I think there was another one that was similar, and that was at the launch of the Festival of Light at St Martin-in-the-Fields. A lot of GLF members got dressed up as nuns and walked into the church with their heads down, apparently praying. They managed to get to the stage and then they started doing the can-can, lifting up their skirts, and released hundreds of mice. It was pandemonium! The press was there, and it was reported. The Festival of Light never recovered due to their loss of dignity in the way that they responded.