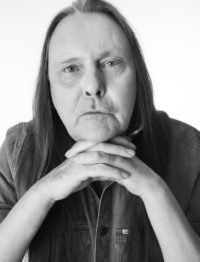 Q: What do you think is the biggest barrier to representation and visibility for LGBTQ+ people?

John: We’ve made significant progress in the West in civil liberties terms, but not necessarily in people’s heads – in people’s consciousness. There is a long way to go in other parts of the world, although there is a battle going on and it will be won. For instance, in Latin America it’s sweeping forward all the time. So the biggest barriers are ideological – they’re right-wing, they’re fascist, and they’re religious extremism.

Q: What is the importance of finding a community and chosen family for you personally?

John: I have actively been establishing alternative communities and alternative families. I was pro-active in establishing an LGBTQ+ community in Brixton in Railton Road. It acted as an alternative family and it also let people develop their own version of family. I’d like this idea to go global so that the world can self-define their own family. For example, at the moment Cuba is talking about family being self-defining in their new family code. Family and community should look how we want them to and be self-defining.